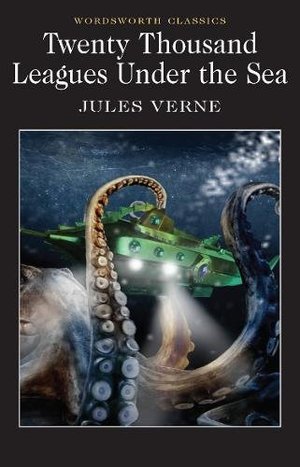 Jules Verne
Professor Aronnax, his faithful servant, Conseil, and the Canadian harpooner, Ned Land, begin an extremely hazardous voyage to rid the seas of a little-known and terrifying sea monster. However, the "monster" turns out to be a giant submarine, commanded by the mysterious Captain Nemo, by whom they are soon held captive. So begins not only one of the great adventure classics by Jules Verne, the 'Father of Science Fiction', but also a truly fantastic voyage from the lost city of Atlantis to the South Pole.

@mizumi
Reviewed: 2021-02-20
Well, that was... interesting. More science than in Journey to the Center of the Earth for sure, but then again, this has quite some more pages as well, so that makes sense. I was very intrigued by the character of Captain Nemo, and I would love to find out his whole story, but I guess it's part of the charm. (I guess this means I have to read The Mysterious Island soon then, since it gives his back story.)