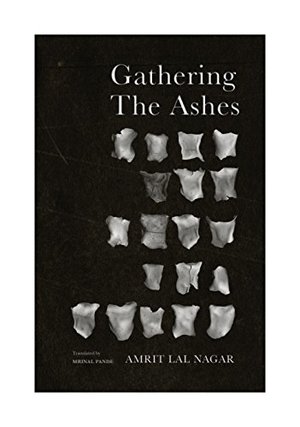 Nagar Amritlal
Most discussions on the sepoy mutiny of 1857 have centred on the roles played in it by the Mughal emperor Bahadur Shah Zafar, Nawab Wajid Ali Shah, Begum Hazrat Mahal and other sundry members of mostly urban nobility. What remained missing was a comprehensive ground-zero account of how people in the countryside experienced this unorganized rebellion and reacted to it. In 1957, a hundred years after the mutiny, eminent Hindi writer Amritlal Nagar set out to correct this. He travelled to villages and towns that witnessed the uprising and painstakingly gathered reminiscences and popular ballads about the revolt, its celebrated and unsung heroes, its survivors and martyrs, and also engrossing episodes about where and how various battles were fought. Ageing courtesans, bedridden octogenarians, nameless singers poured their heart out to him. The slim volume Nagar finally put together, Ghadar Ke Phool, was testimony to the fact that nothing can stop the spread of a revolution whose time has come. Translated from Hindi for the first time, Gathering The Ashes is a stirring look back at an extraordinary time in Indian history, peppered with tales of outstanding acts of heroism and of shameful cowardice, of cunning alliances and heart-warming collaborations beyond religious divides. Importantly, it remains a topical book for a country that speaks anew of revolutions through dharnas, protest marches and candlelight vigils.