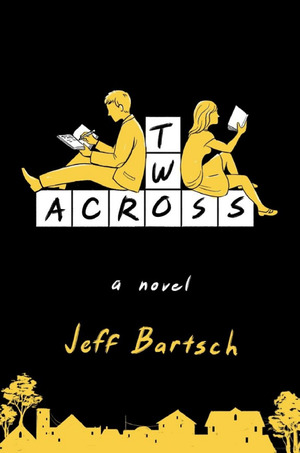 Jeffrey Bartsch
Highly awkward teenager Stanley Owens meets his match in beautiful, brainy Vera Baxter when they tie for first place in the annual National Spelling Bee-and the two form a bond that will change both of their lives. Though their mothers have big plans for them-Stanley will become a senator, Vera a mathematics professor-neither wants to follow these pre-determined paths. So Stanley hatches a scheme to marry Vera in a sham wedding for the cash gifts, hoping they will enable him to pursue his one true love: crossword puzzle construction. In enlisting Vera to marry him, though, he neglects one variable: she's secretly in love with him, which makes their counterfeit ceremony an exercise in misery for her. Realizing the truth only after she's moved away and cut him out of her life, Stanley tries to atone for his mistakes and win her back. But he's unable to find her, until one day he comes across a puzzle whose clues make him think it could only have been created by Vera. Intrigued, he plays along, communicating back to her via his own gridded clues. But will they connect again before it's all too late?