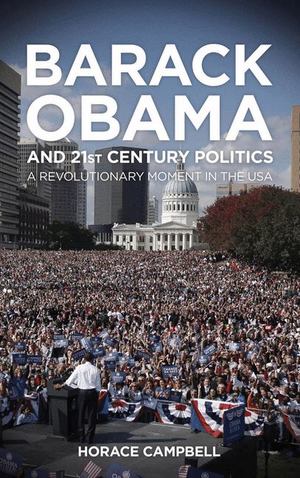 Horace Campbell
Barack Obama has been called a transformative and transcendental political figure, this book shows us just how significant the movement behind him was in reshaping the politics of the United States.Horace Campbell examines the networks that made the 2009 electoral victory possible and discusses the importance of self-organization and self-emancipation in politics. Developing a theory of politics that starts with the humanist principles of Ubuntu, and draws in ecological, spiritual, anti-racist and anti-sexist principles, Campbell suggests we move away from old forms of vanguardism, reconceptualising political organisation, and recognising that new social forces are at play.