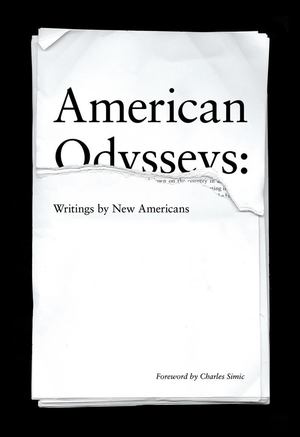 Vilcek Foundation, Charles Simic (Foreword by)
American Odysseys is an anthology of twenty-two novelists, poets, and short-story writers drawn from the shortlist for the 2011 Vilcek Prize for Creative Promise in Literature. Including Ethiopian-born Dinaw Mengestu, the recipient of the Prize; Yugoslavian-born Téa Obreht, the youngest author to receive the Orange Prize in Fiction; and Chinese-born Yiyun Li, a MacArthur Genius grantee, what these authors all have in common--and share with US Poet Laureate Charles Simic, who has contributed a foreword--is that they are immigrants to the United States, now excelling in their fields and dictating the terms by which future American writing will be judged by the world. Running the gamut from desperate realism to whimsical fantasy--from Miho Nonaka's poetry, inspired by fourteenth-century Noh theater, to Ismet Prcic's wrenching stories set in the aftermath of the Bosnian war--American Odysseys is proof, if any be needed, that the heterogeneity of American society is its greatest asset.