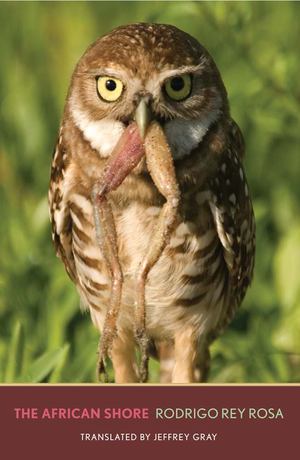 Rodrigo Rey Rosa, Jeffrey Gray (Translator)
A riveting and highly praised novel by Guatemala's leading writer of fiction, now in English for the first time In the vein of the writings of Paul Bowles, Paul Theroux, and V. S. Naipaul, The African Shore marks a major new installment in the genre of dystopic travel fiction. Rodrigo Rey Rosa, prominent in today's Guatemalan literary world and an author of growing international reputation, presents a tale of alienation, misrecognition, and intrigue set in and around Tangier. He weaves a double narrative involving a Colombian tourist pleasurably stranded in Morocco and a young shepherd who dreams of migrating to Spain and of "riches to come." At the center of their tale is an owl both treasured and coveted. The author addresses the anxiety, distrust, and potential for violence that characterize the border of all borders: the strait that divides Africa and Europe, where the waters of the Mediterranean and the Atlantic meet. His often-remarked prose style, at once rich and spare, endows his work with remarkable elegance. Rey Rosa generates a powerful reality within his imagined world, and he maintains a narrative tension to the haunting conclusion, raising small and large questions that linger in the reader's mind long after the final page. With an Afterword by Jeffrey Gray