And Let the Earth Tremble at Its Centers 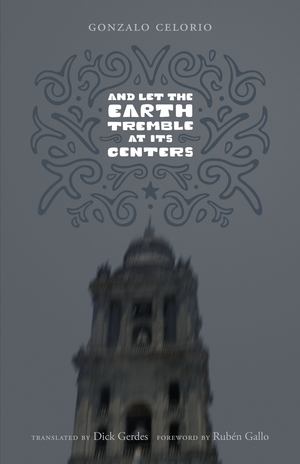 Gonzalo Celorio, Dick Gerdes (Translator), Rubén Gallo (Foreword by), Rubén Gallo (Foreword by)
Professor Juan Manuel Barrientos prefers footsteps to footnotes. Fighting a hangover, he manages to keep his appointment to lead a group of students on a walking lecture among the historic buildings of downtown Mexico City. When the students fail to show up, however, he undertakes a solo tour that includes more cantinas than cathedrals. Unable to resist either alcohol itself or the introspection it inspires, Professor Barrientos muddles his personal past with his historic surroundings, setting up an inevitable conclusion in the very center of Mexico City. First published in Mexico in the late 1990s, And Let the Earth Tremble at Its Centers was immediately lauded as a contemporary masterpiece in the long tradition of literary portraits of Mexico City. It is a book worthy of its dramatic title, which is drawn from a line in the Mexican national anthem. Gonzalo Celorio first earned a place among the leading figures of Mexican letters for his scholarship and criticism, and careful readers will recognize a scholar's attention to accuracy within the novel's dyspeptic descriptions of Mexico City. The places described are indeed real (this edition includes a map that marks those visited in the story), though a few have since closed or been put to new uses. Dick Gerdes's elegant translation now preserves them all for a new audience.