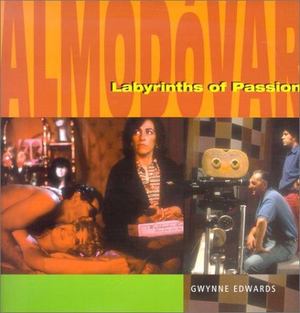 Gwynne Edwards
Spanish director Pedro Almodovar has produced more than a dozen highly original films. This extraordinarily creative and imaginative film-maker deals with passion and desire in all its forms: from the 'pop' world of Pepi, Luci, Bom and All the Girls on the Heap through to the unconventional nuns of Dark Habits, the serial killer lovers of Matador, the frantic women of Women on the Verge of a Nervous Breakdown, the obsessive passions of Live Flesh and the moving tragi-comic world of All About My Mother. He has created a body of work which, with its intriguing characters, dramatic situations, powerful emotions, labyrinthine plots, brilliant use of colour and evocative music, has all the complexity and fascination of life itself. This important new study will appeal to Almodovar's devotees and to film students alike, with its chronological examination of the director's career. It sheds light on each individual film, demonstrates the connections between one movie and another and examines the director's progression in terms of genre, style and cinematic technique to reveal Almodovar's growing mastery of his art.