War on Autism: On the Cultural Logic of Normative Violence (Corporealities: Discourses Of Disability) 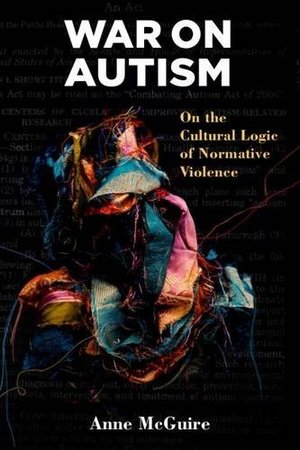 Anne McGuire
Autism is widely understood in contemporary times as nothing more than a biomedical disorder in need of treatment and/or cure. War on Autism disrupts this singularity by examining autism as a historically specific and power-laden cultural phenomenon that has much to teach about the social organization of a neoliberal western modernity. Bringing together a variety of interpretive theoretical perspectives including critical disability studies, queer and critical race theory, and cultural studies, the book analyzes the social significance and productive effects of contemporary discourses of autism as these are produced and circulated in the field of autism advocacy. Anne McGuire discusses how in the field of autism advocacy, autism often appears as an abbreviation, its multiple meanings distilled to various "red flag" warnings in awareness campaigns, bulleted biomedical "facts" in information pamphlets, or worrisome statistics in policy reports. She analyzes the relationships between these fragmentary enactments of autism and traces their continuities to reveal an underlying, powerful, and ubiquitous logic of violence that casts autism as a pathological threat that advocacy must work to eliminate. Such logic, McGuire contends, functions to delimit the role of the "good" autism advocate to one who is positioned "against" autism.