Aesthetics of Care: On the Literary Treatment of Animals, The 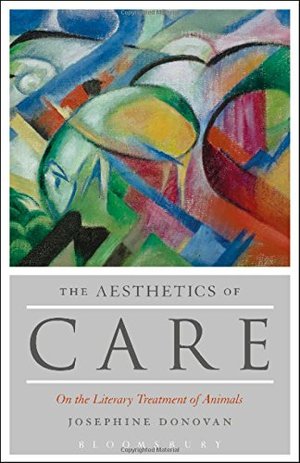 Josephine Donovan
Josephine Donovan develops a new aesthetics of care, which she establishes as the basis for a critical approach to the representation of animals in literature. The book begins with a guide to the relationship between ethics and aesthetics, leading to a reconceptualization of key literary critical terms such as mimesis and catharsis, before moving on to an applied section, with interpretations of the specific treatment of animals handled by a wide range of authors, including Willa Cather, Leo Tolstoy, George Sand, and J.M. Coetzee. The book closes with three concluding theoretical chapters. Clear, original, and provocative, The Aesthetics of Care introduces and makes new contributions to a number of burgeoning areas of study and debate: aesthetics and ethics, critical theory, animal ethics, and ecofeminist criticism. - See more at: http://www.bloomsbury.com/us/the-aesthetics-of-care-9781501317217/#sthash.eFglaJX8.dpuf