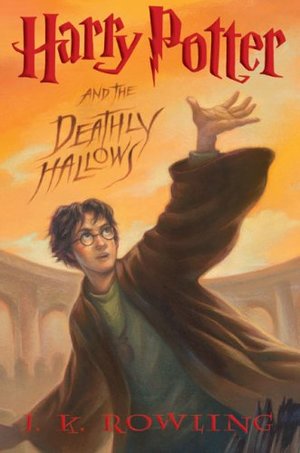 J. K. Rowling
The heart of Book 7 is a hero's mission--not just in Harry's quest for the Horcruxes, but in his journey from boy to man--and Harry faces more danger than that found in all six books combined, from the direct threat of the Death Eaters and you-know-who, to the subtle perils of losing faith in himself. Attentive readers would do well to remember Dumbledore's warning about making the choice between "what is right and what is easy," and know that Rowling applies the same difficult principle to the conclusion of her series. While fans will find the answers to hotly speculated questions about Dumbledore, Snape, and you-know-who, it is a testament to Rowling's skill as a storyteller that even the most astute and careful reader will be taken by surprise.

@verkruissen
Reviewed: 2021-03-29
Wonderful book :)
@mella87
Reviewed: 2021-03-06
I remember waiting in line outside Walmart for this to go on sale at midnight. Got the book, brought it home and started reading. Read through the night and finished just before noon. Many tears were shed, but I loved this page turner.
@nickscully
Reviewed: 2020-06-29
I cried my eyes out multiple times when reading this the first time, but the hardest I cried was when the book, the series, the defining story of my childhood, was finally finished.
@gbshe
Reviewed: 2019-11-30
Arthur A. Levine Books
@inuvantem
Reviewed: 2019-02-06
Reread March 2018.
I've lost track of how many times I've read this and I somehow stretched it over multiple editions. Oh well.