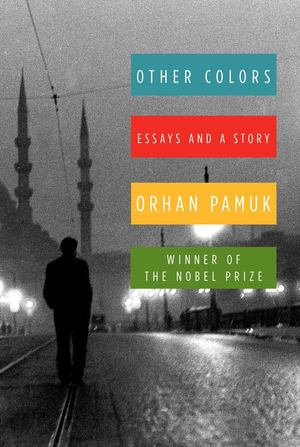 Orhan Pamuk, Ureen Freely (Translator)
Knopf Canada is proud to welcome Orhan Pamuk to the list with an inspiring and engaging collection of essays on literary and personal subjects-his first new book since winning the Nobel Prize. In the three decades that Pamuk has devoted to writing fiction, he has also produced scores of witty, moving and provocative essays and articles. Here is a thoughtful compilation of a dazzling novelist's best non-fiction, offering different perspectives on his lifelong obsessions. Pamuk's criticism, autobiographical writing and meditations are presented alongside interviews he has given and selections from his private notebooks. He engages the work of other novelists, including Sterne and Dostoyevsky, Salman Rushdie and Patricia Highsmith, and he discusses his own books and writing process. We learn not just how he writes but how he lives as he recounts his successful struggle to quit smoking and describes his relationship with his daughter. Ordinary events-applying for a passport, the death of a relative-inspire extraordinary flights of association as the novelist reflects on everything from the child's state of being to divergent attitudes towards art in the East and West. Illustrated with photographs, paintings and the author's own sketches, Other Colors gives us Orhan Pamuk's world through a kaleidoscope whose brilliant, shifting themes and moods together become a radiant and meaningful whole."