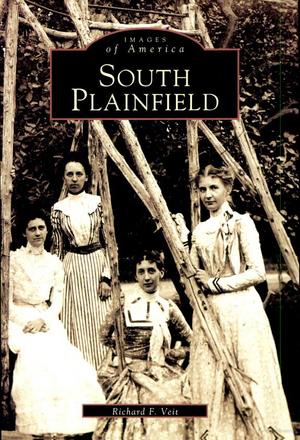 Richard F. Veit
South Plainfield's rich and varied history mirrors that of New Jersey as a whole. Early on, Native Americans first recognized the potential of the area and called it home. Later, in the 166 0s, Baptists from New England, Scottish Quakers, and Dutch settlers erected mills and transformed the forest into farmland. Agriculture remained a mainstay of life in the region into the twentieth century. Railroads and industry, coupled with a growing population, led South Plainfield to declare its independence from Piscataway Township in 1926. In 1924, the town flirted with fame when Hadley Field was selected as the eastern terminus for transcontinental airmail flights. A pictorial tour of the borough's history, South Plainfield highlights the people and institutions that have shaped this community. Views of prominent families, important industries, noteworthy institutions, and local landmarks are all included. Together, they depict the transformation of the area from the sleepy rural hamlets, once called Samptown and New Brooklyn, into a thriving suburban community located at the heart of central New Jersey.