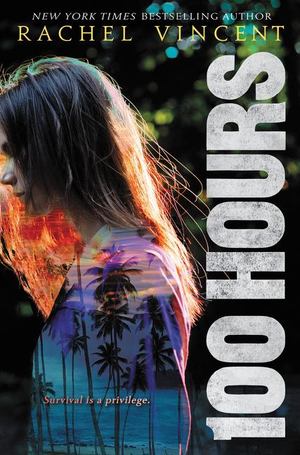 Rachel Vincent
In this sexy, pulse-pounding new duology by New York Times bestselling author Rachel Vincent, a decadent spring break beach getaway becomes a terrifying survival story when six Miami teens are kidnapped. Maddie is beyond done with her cousin Genesis’s entitled and shallow entourage. Genesis is so over Miami’s predictable social scene with its velvet ropes, petty power plays, and backstabbing boyfriends.   While Maddie craves family time for spring break, Genesis seeks novelty—like a last-minute getaway to an untouched beach in Colombia. And when Genesis wants something, it happens.   But paradise has its price. Dragged from their tents under the cover of dark, Genesis, Maddie, and their friends are kidnapped and held for ransom deep inside the jungle—with no diva left behind. It all feels so random to everyone except Genesis. She knows they were targeted for a reason. And that reason is her. Now, as the hours count down, only one thing’s for certain: If the Miami hostages can’t thwart their captors’ plan, no one will make it out alive. Tapping into our darkest fears while exploring issues of injustice, loss, and the courage to fight for what matters most, this thrilling read is perfect for fans of Nova Ren Suma, Becca Fitzpatrick, and Jennifer L. Armentrout.

@ruthsic
Reviewed: 2018-01-25
100 Hours is basically How Can Your Spring Break Go Wrong? for rich privileged teens. Genesis and Madalena are first cousins and the two protagonists of this thriller book, as well as the main POV through which we get the story. They are both spending spring break with Genesis' friends at Cartagena, and then Genesis has the bright idea (not) of taking them all to an exclusive tour of some ruins in this forest. Predictably, something bad happens and that bad is them all (mostly all) being kidnapped by some terrorist-types. So, now it is a game of hostage-survival and figuring out a way to escape them without getting shot.

Maddie and Genesis are sort of at odds with each other throughout most of the book, despite them being close enough in personality. Both are strong, leader-types and charge into situations with a flaming tongue. Genesis is the more shrewd one of the two, though, and knows to use situations to her advantage. She is also sort of a queen bee in her circle of friends, and loves being in control. Which is why, the hostage situation is sort of a lesson for her - learning to navigate a place where she has no control. The reason for them being kidnapped is given away by the blurb so that mystery is ruined, but the personal connection for the kidnapping goes way beyond that, as revealed at the end.

The plot is charged with danger, but the characters don't seem to reflect it. For instance, they are all at this headquarters of sorts of the terrorists, surrounded by deadly people and deadlier explosives, and the characters are engaged in teen drama of who-hooked-up-with-whom. I would like to believe that real teens would be more cognizant of the danger they are in, and shut up and work together to keep each other, or at the very least themselves, safe. Genesis is pretty unlikable from the start because she basically bullies her cousin into everything and plays around just to keep her boyfriend on his toes. The plot could have done without the plenty of teen drama going around, in my opinion.

Until the end, I was pretty much about to give this book 4 stars, but with the climax and the reveal therein, it throws a big question mark onto the plot that came before it, which is why I dropped a star. Granted this is made for a trilogy, but it renders the whole situation sort of pointless, and creates a lot of plot holes. There was no reason for them to be so secretive, and they could have separated their hostages early on. It just felt like a build up to keep some mystery, without any solid plot rationale behind it. In all, the book is interesting, sure, but the ending sort of ruins it.

Received an advance reader copy in exchange for a fair review from Katherine Tegen Books, via Edelweiss.
Item Posts
No posts
© 2020 libib.com / All rights reserved