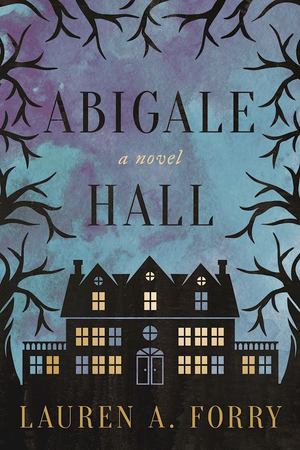 Lauren A. Forry
Amid the terror of the Second World War, seventeen-year-old Eliza and her troubled little sister Rebecca have had their share of tragedy, having lost their mother to the Blitz and their father to suicide. Forced to leave London to work for the mysterious Mr. Brownwell at Abigale Hall, they soon learn that the worst is yet to come. The vicious housekeeper, Mrs. Pollard, seems hell-bent on keeping the ghostly secrets of the house away from the sisters and forbids them from entering the surrounding town--and from the rumors that circulate about Abigale Hall. When Eliza uncovers some blood-splattered books, ominous photographs, and portraits of a mysterious woman, she begins to unravel the mysteries of the house, but with Rebecca falling under Mrs. Pollard's spell, she must act quickly to save her sister, and herself, from certain doom. Perfect for readers who hunger for the strange, Abigale Hall is an atmospheric debut novel where the threat of death looms just beyond the edge of every page. Lauren A. Forry has created a historical ghost story where the setting is as alive as the characters who inhabit it and a resonant family drama of trust, loyalty, and salvation.