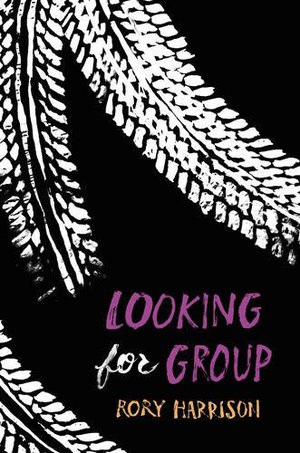 Rory Harrison
Rory Harrison’s beautiful novel about identity, home, and fresh starts recounts one boy’s quest to discover a world where he can thrive, one adventure at a time.Dylan doesn’t have a lot of experience with comfort. His room in the falling-down Village Estates can generously be categorized as squalid, and he sure isn’t getting any love from his mother, who seemed to—no, definitely did—enjoy the perks that went along with being the parent of a “cancer kid.”His only escape has been in the form of his favorite video game—World of Warcraft—and the one true friend who makes him feel understood, even if it is just online: Arden. And now that Dylan is suddenly in remission, he wants to take Arden on a real mission, one he never thought he’d live to set out on: a journey to a mysterious ship in the middle of the Salton Sea.But Arden is fighting her own battles, ones that Dylan can’t always help her win. As they navigate their way west, they grapple with Arden's father (who refuses to recognize his daughter’s true gender), Dylan’s addiction, and the messy, complicated romance fighting so hard to blossom through the cracks of their battle-hardened hearts.

@ruthsic
Reviewed: 2018-01-25
Road trip novels always have a sort of emotional journey attached to them, and Looking for Group is no different. Dylan sets out on this 'quest' along with his online friend Arden, to find some lost ship in the middle of the desert. But the main part is their journey - the changes their friendship undergoes when they are no longer just pixelated versions of their onscreen characters in World of Warcraft. You see, even before they met in real life, they were very close and shared nearly every detail of their life with the other - Dylan's sickness and remission, Arden's struggle with her father not fully accepting that she is a girl, not a boy. But knowing every thing about the other and actually, you know, traveling with them is a different matter, as they find out.

At first I thought the book was about Dylan's journey to realize what he wants to do now that he is living. It is the opposite of sick lit, in that now that Dylan is not dying he doesn't know how to live. How to go about and integrate back into society as if he is not carrying the scars of mortality on him. And slowly he does learn to want to live for something, but it isn't really clear what that is; only the fact that now he wants to live. He doesn't want to depend on his past anymore, and him leaving behind his pills sort of signifies that. The story shifts focus from Dylan's struggles to Arden's in the second half - Arden doesn't want to go back home to a father who can't even deal with the fact that he has a daughter, not a son, and Arden wanting to be free to be herself in the world.

There is a fluidity to the sexuality depicted in the novel - Dylan is gay, but he is also attracted to Arden, despite her being a girl. It points out to a deeper level of relationship between them, beyond mere sexual attraction. However, his descriptions for Arden can come across as transphobic at many points - he frequently describes her as looking distinctly masculine, with the way he constantly narrates her broad shoulders and strong jawline. Now, I can't speak really for what would be offensive to the trans community, but in a society which frequently depicts transwomen as male-like or men in drag, this one detail bothered me. And though he always uses the correct pronouns to her, he does the same mistake of referring to her as male when talking to others. Arden does call him out on it, which makes it marginally better.

As a plot, though, the book didn't have much to offer. Besides their misadventure on the road and their romance, there is no general direction to the story. If there was a personal journey involved, it didn't become clear to me, not even until the open ending. Dylan's path seemed unclear and his advice to Arden felt wrong, in the light of how transpeople are treated by their families. It still, is an emotionally charged book, and for those who like that, I think this book would be good - it just wasn't satisfying for me.

Received an advance reader copy in exchange for a fair review from Harper Teen, via Edelweiss.
Item Posts
@jetvellinga1y 9mo
completed ... on 2019-01-07
© 2020 libib.com / All rights reserved