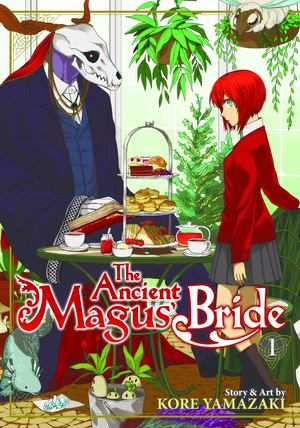 Kore Yamazaki, Jason DeAngelis (Editor)
The Ancient Magus' Bride is an all-new manga series that features a fascinating relationship between a troubled teenage girl and an inhuman wizard. Enter the Magician's Apprentice Her name is Chise Hatori, a penniless orphan troubled by visions. Sold as a slave to an inhuman mage, she is about to begin a strange new life, filled with magic, fairies, and other beings of a fantastical nature.