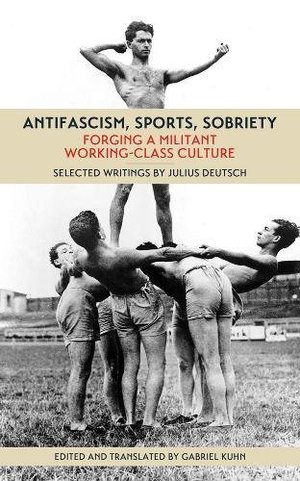 Julius Deutsch, Gabriel Kuhn (Editor, Translator)
The Austromarxists tried to carve out a road between reformism and Bolshevism, creating a socialist oasis in the midst of capitalism--the legendary "Red Vienna." They were convinced that a socialist revolution had to entail a cultural one. With the fascist threat looming, the physical aspects of this became ever more central. At no other time in socialist history did armed defense, sports, and sobriety become as intertwined as in the Austrian workers' movement of the 1930s. Despite the final defeat of the proletarian militias and subsequent fascist rule, the Austromarxist struggle holds important lessons for radical theory and practice. Antifascism, Sports, Sobriety contains an introductory essay by Gabriel Kuhn and selected writings by Julius Deutsch, who represented the physical defense of the working class against its enemies like few others. Deutsch's texts are being made available in English for the first time.