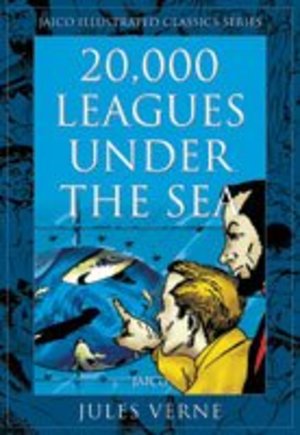 Jules Verne
A mysterious phenomenon was noticed in the year 1866. Vessels at sea had seen a long large object more powerful in its movement than a whale. A French scientist was commissioned to investigate. A frigate was specially fitted out for this expedition. After three months of cruising the high seas, the frigate encountered the monster and shot out its harpoon to strike the creature. Suddenly, a giant waterspout issued forth from the monster and threw the scientist and his colleagues on the monster's back. To their consternation, they were pulled deep inside the sea. What happened to them down there? Join the intrepid scientist in his strange adventure.