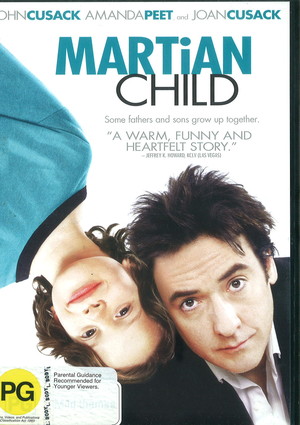 Menno Meyjes
Science fiction writer, David Gordon is feeling alone after losing his wife two years earlier. David is weighing the possibility of adopting a six-year old orphan boy named Dennis. There is only one thing that may prevent the adoption from happening, and that is Dennis believes he is from the planet Mars. David's sister, Liz, tries to talk him out of adopting a child, because he doesn't know the first thing about parenting and this child is over the line and very strange. David has made up his mind and wants to be a father to this strange Martian child. David is having so much fun being a parent that he has stop writing and is about to miss his next book deadline. His agent Jeff tries to bring David back to earth, but David is thinking about Mars more and more. David is letting Dennis be himself, and he is caught up in the fantasy of Dennis actually being from Mars. Whatever the truth, David has changed for the better, and now he has learned how to be a loving and caring parent.