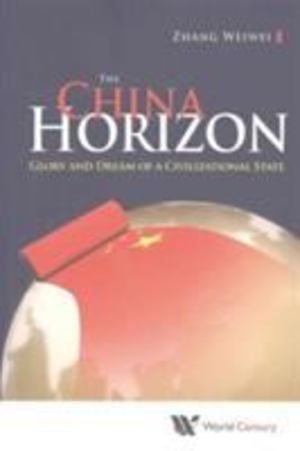 Wei-Wei Zhang
This is a book of China's own political narrative written by one of China's leading and best-known thinkers. It is the last part of the author's 'China Trilogy', which is a best-seller in China, with over one million copies sold. The book in itself is a centerpiece of the unfolding debate within China on the nature and future of the country and how it compares with the West. It addresses a hugely important issue of the day, i.e., in what way China is overtaking or may overtake the United States as the world's preeminent power. The author provides an original and thought-provoking study on how China has managed, through its own development model, to catch up and even surpass, to various extents, the United States, in terms of gross GDP, net household assets and social protection.The book elaborates on how China has engaged itself in reshaping its institutions to ensure its smooth rise, drawing on the strengths of its own traditions, socialist legacies and elements from the West. It analyzes the weakness of the Western political institutions and discusses how China has developed its own institutional edge over the West. The author argues that as a civilizational state, China has evolved a logic of its own for development and its own political discourse which questions seriously many Western assumptions about democracy, good governance and universal values.The book recaptures the essence of China's past glory and discusses the horizon of the Chinese dream as well as how China should meet the various challenges ahead. It offers a unique and original perspective on the future of this coming superpower. Like The China Wave, this book is both discerning and provocative, and serves as a required reading for everyone concerned with the rise of China and its global implications.