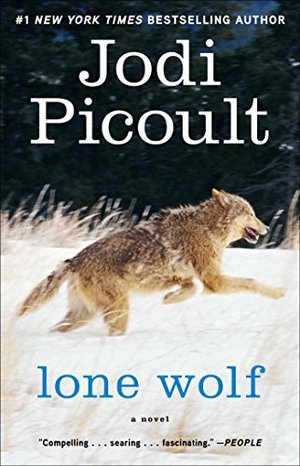 Jodi Picoult
On an icy winter night, a terrible accident forces a family divided to come together and make a fateful decision. Cara, once protected by her father, Luke, is tormented by a secret that nobody knows. Her brother, Edward, has secrets of his own. He has kept them hidden, but now they may come to light, and if they do, Cara will be devastated. Their mother, Georgie, was never able to compete with her ex-husband’s obsessions, and now, his fate hangs in the balance and in the hands of her children. With conflicting motivations and emotions, what will this family decide? And will they be able to live with that decision, after the truth has been revealed? What happens when the hope that should sustain a family is the very thing tearing it apart?

@realtorkim
Reviewed: 2020-12-16
Better than I thought it would be. Always thought of her as chick lit type
@govmarley
Reviewed: 2015-11-28
One of the things I enjoy most about Jodi Picoult's novels is the interesting worlds she explores. Much like Dick Francis, I leave her novels with my interests piqued about whatever topic she covers, and I want to continue learning more after I am done. In this book, she centers her family drama around wolves and wolf behavior. It wouldn't be a Jodi Picoult book without family dynamics, a medical or legal issue, and an interesting topic. I enjoyed this one. 4 stars.
Item Posts
@scoobydoo6782y 7mo
completed ... on 2019-03-19
@scoobydoo6782y 7mo
began ... on 2019-03-17
© 2021 libib.com / All rights reserved