Barack Obama and a "Post-Racial Society" 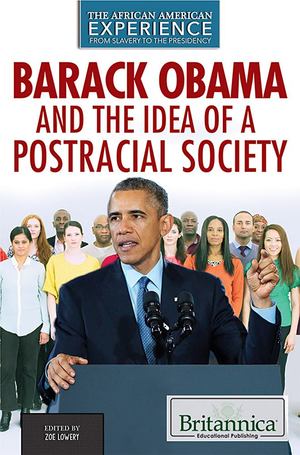 Zoe Lowery
In 2008, the United States witnessed a milestone: Barack Obama, a first-term senator from Illinois, became the first African American to be nominated for the presidency by a major political party. His subsequent election suggested that American society had finally surpassed some of the racial divisions that had plagued the country. But racial inequality persists and issues such as financial disparities between African Americans and other groups and protracted prejudice and discrimination still need to be confronted. This volume also celebrates the indelible marks made by African Americans on culture, speech, art, music, dance, literature, politics, law, athletics, and more.