Leaves of Grass: America's Lyric-Epic of Self and Democracy (Twayne's Masterwork Studies) 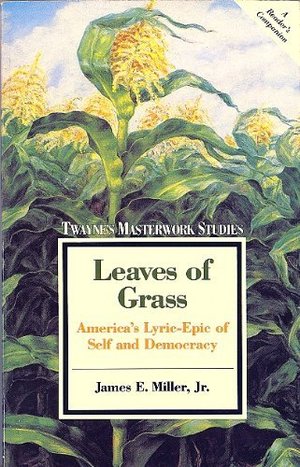 James E., Jr. Miller
After a childhood spent on a Long Island farm followed by limited schooling in Brooklyn and a modestly successful career as teacher, carpenter, and journalist, Walt Whitman published his epic poem, Leaves of Grass (1855), at the age of thirty-six. His vision of America had been enlarged and his poetic imagination enhanced by an 1848 journey he made across the Appalachians and down the Ohio and Mississippi rivers to New Orleans. The country's teeming diversity of peoples, landscapes, and waterways became embodied in his poetry, as did his celebration of sexual identity. On receiving a copy of Leaves of Grass from the unknown poet, Ralph Waldo Emerson responded warmly to Whitman, calling his book "the most extraordinary piece of wit and wisdom that America has yet contributed." Later, on the occasion of a newly expanded edition of the poems in 1860, Emerson suggested that Whitman delete the passages celebrating sexuality in its various manifestations. But Whitman, clear on what he had so intensely felt, refused. Sexually tolerant and open, Whitman was concerned with conveying a vision of the fundamental integrity of all sexual and spiritual experiences, which he saw as inextricably intertwined. Whitman's masterpiece, which he shaped and reshaped in a sequence of expanded editions, has gradually achieved a world-wide reputation and stands today as America's foremost volume of poetry. In this comprehensive study of Leaves of Grass, James E. Miller, Jr., shows how Whitman fashioned his work into America's "lyric-epic" of the self and of democracy. The study probes deeply the sexual themes of the work, with its "omnisexual vision" anticipating later theories of human personality of Freud andothers. In addition to placing the work in historical context, Miller's study explores Leaves of Grass's symbolic levels and its interconnected ideas on human sexuality and human sociopolitical structures. Miller concludes that Whitman discovered and expanded our understanding of