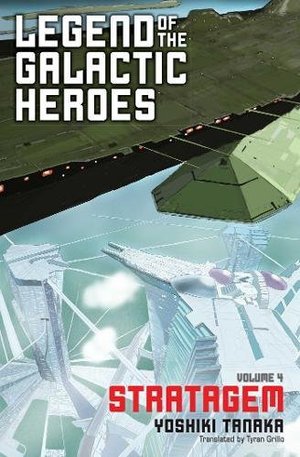 Yoshiki Tanaka
It’s the Galactic Empire versus the Free Planets Alliance in Japan’s greatest space opera epic!In the thirty-sixth century humanity has conquered the galaxy and colonized countless star systems. The Galactic Empire, modeled along Prussian lines, and the democratic Free Planets Alliance are at war, and the fate of every human being in the universe hangs in the balance. This classic Japanese space opera, adapted into a legendary anime, is finally available in English for the first time. Remnants of the high nobility, manipulated by the “third power” of Phezzan, abduct the seven-year-old emperor and, with the cooperation of the Free Planets Alliance, declare the establishment of a traditional imperial government. Reinhard, however, has turned the tables by making a secret pact with Phezzan’s high officials and plans a grand invasion of the alliance by way of the Phezzan Corridor. So begins an epic battle between Yang—who, despite surmising Reinhard’s true intentions, must defend Iserlohn—and the Imperial Navy’s peerless fighter, von Reuentahl.