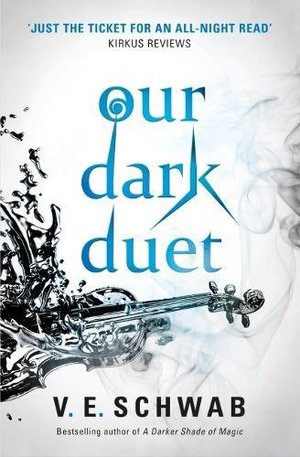 Nearly six months after August and Kate were first thrown together in a plot to start a war, Kate is hunting monsters in Prosperity while August fights to keep V-City from collapsing into chaos. But when a new kind of monster appears--one who feeds on chaos and brings out its victim's inner demons--it lures Kate home, where she finds more than she bargained for. She'll face a Malchai she thought she killed, a boy she thought she knew, and a monster all her own. The engrossing conclusion to the dark urban fantasy begun in This Savage Song, which Booklist, in a starred review, describes as "linger[ing] long after its disquieting finale." A gorgeously written new novel from New York Times-bestselling author Victoria Schwab, who is quickly taking her place with fantasy authors such as Maggie Stiefvater and Patrick Ness.