Library of Fates, The 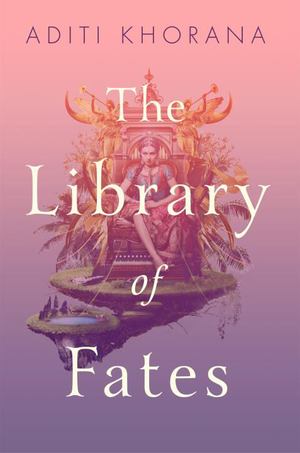 Aditi Khorana
A romantic coming-of-age fantasy tale steeped in Indian folklore, perfect for fans of The Star-Touched Queen and The Wrath and the Dawn No one is entirely certain what brings the Emperor Sikander to Shalingar. Until now, the idyllic kingdom has been immune to his many violent conquests. To keep the visit friendly, Princess Amrita has offered herself as his bride, sacrificing everything--family, her childhood love, and her freedom--to save her people. But her offer isn't enough. The palace is soon under siege, and Amrita finds herself a fugitive, utterly alone but for an oracle named Thala, who was kept by Sikander as a slave and managed to escape amid the chaos. With nothing and no one else to turn to, Amrita and Thala are forced to rely on one another. But while Amrita feels responsible for her kingdom and sets out to warn her people, the newly free Thala has no such ties. She encourages Amrita to go on a quest to find the fabled Library of All Things, where it is possible for each of them to reverse their fates. To go back to before Sikander took everything from them.  Stripped of all that she loves, caught between her rosy past and an unknown future, will Amrita be able to restore what was lost, or does another life--and another love--await?

@ruthsic
Reviewed: 2018-01-25
The Library of Fates has an interesting mythology set in the ancient fictional kingdom of Shalingar - a kingdom that is nearly utopic but is being threatened by a foreign emperor. Amrita, the princess, is ready to sacrifice her future life for her kingdom, but the nature of her sacrifice takes her on an unusual journey where she discovers herself. The fantasy world, while taking inspiration from ancient kingdoms, has a wholly unique mythology of its own.

First, let me start with the world-building. Shalingar is a pretty peaceful and chill kingdom - the king is benevolent, the subjects are happy, sexism is non-existent, and it is largely influenced by kingdoms and provinces in India. The author includes lush details of the culture, and customs of Shalingar, while staying away from the stereotypes; for instance, spirituality is largely the people's prerogative, but different religions and faiths co-exist. The central mythology of this book concerns a land where people were in tune with nature, and a vast library where every person's life is written (which honestly feels similar to the Library in [b:The Magicians|6101718|The Magicians (The Magicians #1)|Lev Grossman|https://images.gr-assets.com/books/1313772941s/6101718.jpg|6278977]). The influences of Hindu mythology are in the form of vetalas - but they are loosely interpreted, as vetalas are sort of like ghosts, but here they are immortal spirits, as in the former is in a negative sense, while the latter (or at least as in this book) they are keepers or guardian-like.

Amrita is an interesting protagonist. She has been closeted from childhood, but being brought up by a kindly king, she learns to always put her people first. Even when the time comes to finally leave her kingdom, she does it with great sorrow in her heart. However, she is also a strong person and will do what is necessary for the greater good. Her journey is more of her realization that sometimes the life you imagined is not the life that is waiting out there for you, and sometimes that is okay, too. At first, she is skeptical of the mythology coming to life, as she has considered them as merely stories. Her friendship with the seer Thala (who is also a slave) changes her, and sets her out on her journey - and their growth was beautiful to watch. There are two romances, but neither is the focus of the story, but the reincarnation was a nice addition.

As for the emperor, he seems underdeveloped and feels like he is derived from Alexander the Great. He is, however, a key part of Amrita's journey and her choices later on in the book, but I won't discuss further on that to keep this review non-spoilery. I will, say, however, that the last quarter of the book felt rushed on that account, and could have been stretched out a little - especially because it was a crucial part of her story's development. As this, so far, looks like a standalone, it feels like it was wrapped up fast to end the story.

Overall, though, this book is a lushly written fantasy, and I am delighted to read a story about my culture in such a wonderful setting.