Down a Dark Road 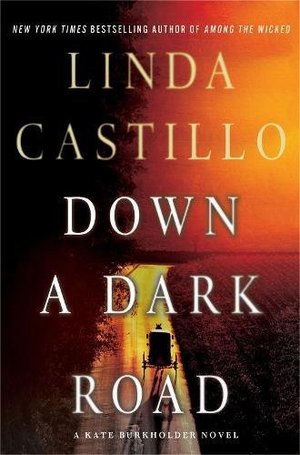 Linda Castillo
In this electrifying new thriller in the New York Times bestselling series, a convicted murderer is on the run and Chief of Police Kate Burkholder must catch him before he strikes again."Murder in Amish country has a certain added frisson, and Castillo’s the master of the genre.” ―People magazine“Castillo weaves the particularities of the Amish mindset into a complex mystery that will leave you crying with pity or seething with rage.” ―Kirkus Reviews (starred) Two years ago, Joseph King was convicted of murdering his wife and sentenced to life in prison. He was a “fallen” Amish man and a known drug user with a violent temper. Now King has escaped, and he’s headed for Painters Mill. News of a murderer on the loose travels like wildfire, putting Chief of Police Kate Burkholder and her team of officers on edge. But this is personal for Kate. She grew up with Joseph King. As a thirteen year old Amish girl, she’d worshipped the ground he walked on. She never could have imagined the nightmare scenario that becomes reality when King shows up with a gun and takes his five children hostage at their Amish uncle’s farm. Armed and desperate, he has nothing left to lose. Fearing for the safety of the children, Kate makes contact with King only to find herself trapped with a killer. Or is he? All King asks of her is to help him prove his innocence―and he releases her unharmed. Kate is skeptical, but when the facts and the evidence don’t align, she begins to wonder who she should trust. Spurned by some of her fellow cops, she embarks on her own investigation only to unearth an unspeakable secret―and someone who is willing to commit murder to keep it buried.