Education of Little Tree, The 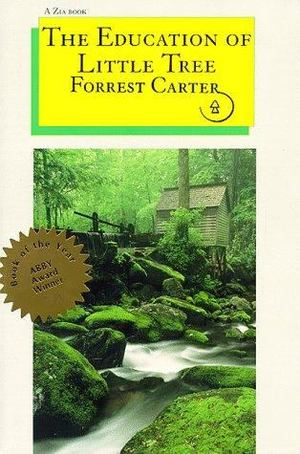 Forrest Carter, Rennard Strickland (Foreword by)
The Education of Little Tree tells of a boy orphaned very young, who is adopted by his Cherokee grandmother and half-Cherokee grandfather in the Appalachian mountains of Tennessee during the Great Depression. "Little Tree" as his grandparents call him is shown how to hunt and survive in the mountains, to respect nature in the Cherokee Way, taking only what is needed, leaving the rest for nature to run its course. Little Tree also learns the often callous ways of white businessmen and tax collectors, and how Granpa, in hilarious vignettes, scares them away from his illegal attempts to enter the cash economy. Granma teaches Little Tree the joys of reading and education. But when Little Tree is taken away by whites for schooling, we learn of the cruelty meted out to Indian children in an attempt to assimilate them and of Little Tree's perception of the Anglo world and how it differs from the Cherokee Way.