Our Minnesota State Capitol: From Groundbreaking through Restoration 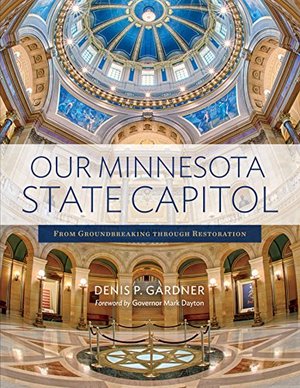 Denis P. Gardner
The Minnesota State Capitol is both an architectural masterpiece and a revered public building. This beautiful Renaissance Revival structure is the heart of the state's civic life, a place for celebrations, demonstrations, arguments, and accomplishments. It's where history happens.Completed in 1905, the capitol is a grand building on a grand scale, and it reflected Minnesota's growing cosmopolitanism. Noted architect Cass Gilbert won the design competition and then fought ferociously to see his vision built. At construction, the capitol was a marvel of modern engineering, with its own heating plant and the second-largest self-supported marble dome in the world. And more than a century later, after a meticulous renovation in 2015–17, the building glows again with its original beauty.This book includes stories of the capitol's construction and restoration, laborers and craftspeople, fine art and furnishings, and politics and protests. It features remarkable photographs, recently saved from a dumpster, that document the original construction. And it celebrates this beloved building's continued life at the center of the state's civic culture.