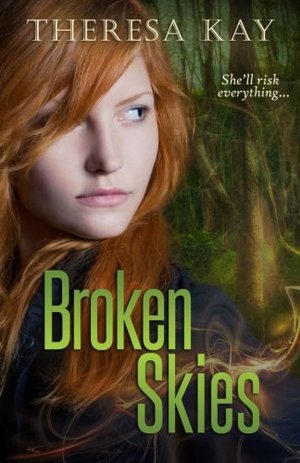 Theresa Kay
In seventeen-year-old Jax Mitchell's world, humans are nearly extinct and alien settlers have arrived. Until recently, the E’rikon have remained segregated in their city and ignored the few humans who have tried to engage them… but now they have taken Jax’s brother. To rescue him, she forms an uneasy alliance with a teenage E’rikon left stranded in the woods. She agrees to guide him to the city if he sneaks her past the human-proof barrier. Too bad it’s not that simple. Jax, who cannot stand to be touched, finds that she’s drawn to the alien boy with bright green hair and jewel-like scales on his back. And he’s equally affected by her, the courageous redhead with haunted eyes. But she doesn’t know the alien’s true motives and he has no idea that she is much more than she seems. With the aliens and the humans at odds, the connection forming between the two teens has consequences. What started off as a rescue mission sets a chain of events in motion which threatens not only the remaining humans and the growing alien society, but Earth itself.