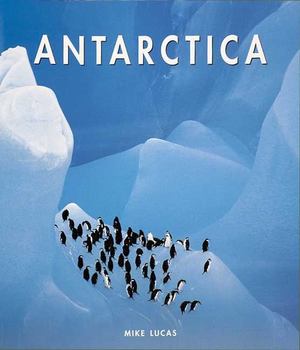 Mike Lucas
Although scientists had long believed in the existence of a great southern continent, it was not until the early 19th century that land was finally sighted in Antarctica. Explorers and scientists began searching the region for seal and whale products, minerals, and fish, and did no small amount of damage. But in 1960 the Antarctic Treaty, dedicated to the preservation of the great ice desert was signed, and it has been maintained since by a process of rate international consensus. As more people become aware of Antarctica's poignant beauty; the opportunity to educate them about its delicate ecosystem becomes crucial.This book provides spectacular photographs of the landscape and the hardy creatures that have adapted to it, as well as a history of the continent and a survey of its various, regions, including the peninsula, the ice cap, the ice shelves, and the outlying islands. This book serves as an introduction, history, and photographic history of this incomparable part of our Earth.