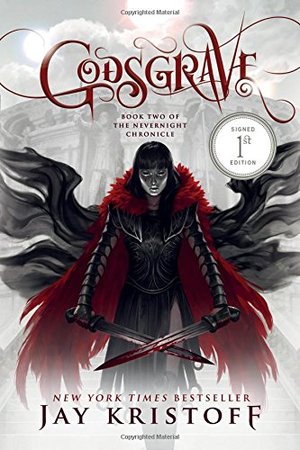 Jay Kristoff
Signed First EditionThe second thrilling installment of the award-winning Nevernight Chronicle, from New York Times bestselling author Jay Kristoff.In a land where three suns almost never set, a ruthless assassin continues her quest for vengeance against the powers who destroyed her family.Mia Corvere has found her place among the Blades of Our Lady of Blessed Murder, but many in the Red Church hierarchy think she’s far from earned it. Plying her bloody trade in a backwater of the Republic, she’s no closer to ending the men who destroyed her familia; in fact, she’s told directly that Consul Scaeva is off limits. But after a deadly confrontation with an old enemy, Mia's suspicions about the Red Church’s true motives begin to grow.When it’s announced that Scaeva will be making a rare public appearance at the conclusion of the grand games in Godsgrave, Mia defies the Church and sells herself to a gladiatorial collegium for a chance to finally end him. Upon the sands of the arena, Mia finds new allies, bitter rivals, and more questions about her strange affinity for the shadows. But as conspiracies unfold within the collegium walls, and the body count rises, Mia will be forced to choose between love and revenge, and uncover a secret that could change the very face of her world.