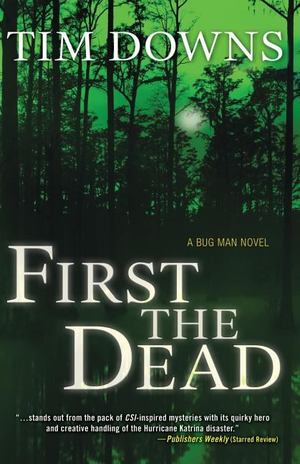 Tim Downs
When a national disaster strikes, "first the living" is the rule. Unless you're the Bug Man. When Hurricane Katrina strikes New Orleans, forensic entomologist Nick Polchak signs up to help with the recovery effort. He is known as the Bug Man for his knowledge of insects and what they can reveal about the dead. The government's mandate is clear--rescue the living first, recover the dead later. But something is very wrong in the toxic soup-bowl of post-Katrina New Orleans. Someone is using the cover of disaster to kill . . . hiding the victims of murder in the same watery grave as the victims of Katrina. It's a tale only the dead can tell. But no one besides the Bug Man is listening. " . . . stands out from the pack of CSI-inspired mysteries with its quirky hero and creative handling of the Hurricane Katrina disaster." --Publishers Weekly (Starred Review)