By the Ore Docks 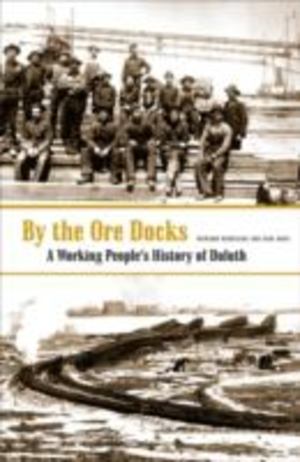 Richard Hudelson, Carl Ross
Located on the shore of Lake Superior near the Iron Range of Minnesota and, for much of its history, the site of vast steel, lumber, and shipping industries, Duluth has been home to people who worked tirelessly in the rail yards, grain elevators, and harbor. Here, for the first time, By the Ore Docks presents a compelling, full-length history of the people who built this port city and struggled for both the growth of the city and the rights of their fellow workers. In By the Ore Docks, Richard Hudelson and Carl Ross trace seventy years in the lives of Duluth's multi-ethnic working class--Scandinavians, Finns, Italians, Poles, Irish, Jews, and African Americans--and chronicle, along with the events of the times, the city's vibrant neighborhoods, religious traditions, and communities. But they also tell the dramatic story of how a populist worker's coalition challenged the "legitimate American" business interests of the city, including the major corporation U.S. Steel. From the Knights of Labor in the 1880s to the Industrial Workers of the World, the AFL and CIO, and the Democratic Farmer-Labor party, radical organizations and their immigrant visionaries put Duluth on the national map as a center in the fight for worker's rights--a struggle inflamed by major strikes in the copper and iron mines. By the Ore Docks is at once an important history of Duluth and a story of its working people, common laborers as well as union activists like Ernie Pearson, journalist Irene Paull, and Communist party gubernatorial candidate Sam Davis. Hudelson and Ross reveal tension between Duluth's ethnic groups, while also highlighting the ability of the people to overcome those differences and shape the legacy of the city's unsettled and remarkable past. Richard Hudelson is professor of philosophy at the University of Wisconsin, Superior. He is the author of, among other works, Marxism and Philosophy in the Twentieth Century and The Rise and Fall of Communism. Carl Ross (1913-2004) was a labor activist and the author of The Finn Factor in American Labor, Culture, and Society. He was director of the Twentieth-Century Radicalism in Minnesota Project of the Minnesota Historical Society.