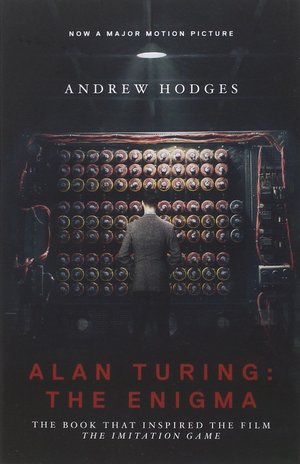 Andrew Hodges
It is only a slight exaggeration to say that the British mathematician Alan Turing (1912-1954) saved the Allies from the Nazis and invented the computer and artificial intelligence -- all before his suicide at age forty-one. Andrew Hodges tells how Turing's revolutionary ideas laid the foundation for the modern computer, and how he took a leading role in breaking the German Enigma ciphers during World War II, a scientific triumph that was critical to Allied victory in the Atlantic. This is also the tragic account of a man who, despite his wartime service, was arrested and forced to undergo a humiliating treatment program -- all for trying to live honestly in a society that defined homosexuality as a crime. The inspiration for a major motion picture starring Benedict Cumberbatch and Keira Knightley, this acclaimed biography is the definitive account of an extraordinary mind and life.