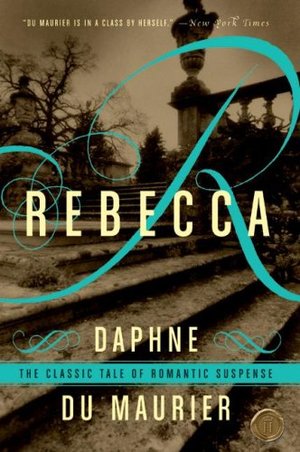 Daphne Du Maurier
With these words, the reader is ushered into an isolated gray stone mansion on the windswept Cornish coast, as the second Mrs. Maxim de Winter recalls the chilling events that transpired as she began her new life as the young bride of a husband she barely knew. For in every corner of every room were phantoms of a time dead but not forgotten&#8212a past devotedly preserved by the sinister housekeeper, Mrs. Danvers: a suite immaculate and untouched, clothing laid out and ready to be worn, but not by any of the great house's current occupants. With an eerie presentiment of evil tightening her heart, the second Mrs. de Winter walked in the shadow of her mysterious predecessor, determined to uncover the darkest secrets and shattering truths about Maxim's first wife&#8212the late and hauntingly beautiful Rebecca.This special edition of Rebecca includes excerpts from Daphne du Maurier's The Rebecca Notebook and Other Memories, an essay on the real Manderley, du Maurier's original epilogue to the book, and more.

“Last night I dreamed I went to Menderley again.” The first sentence of the book, although very simple, it is as catchy as “It was the best of times, it was the worst of times.”

I read a lot of reviews about Rebecca and Daphne Du Maurier.  Unlike many bibliophiles I am not opposed to reading reviews and maybe even some spoilers before I open a book.  Sometimes it’s almost a challenge to see if I agree with the reviewer or not.  Perhaps that’s what made me pick up Rebecca.

The story follows a young woman who is a companion for an older bored and snobbish older lady, and while on vacation in the South of France meets a wealthy gentleman 40 years her senior.  We are at that point introduced to the reason why Mr. De Winter, the older gentleman is in the South of France.  It appears that his wife, Rebecca, has suffered a tragic death.  After getting to know each other our protagonist and Mr. De Winter become romantically involved and he ultimately asks her to marry him.  The proposal leaves the reader wondering about the true feelings of Mr. De Winter, since it was a not a romantic proposal at all.

After a short honey moon the newly married couple goes to Mr. De Winter’s home, Manderley, where the story starts picking up speed.  We are at this point introduced to the house keeper, Mrs. Denvers, and a host of other characters, including Mr. De Wiinter’s sister and brother in law as well the grandmother.  Each character is developed well and, I as the reader, felt as if I could touch and feel them and have conversations with them.

Throughout the story Manderley comes alive.  What a beautiful house surrounded by woods and a garden on one side and the ocean on the other side.  We can feel the coldness of the stone and we can feel the warmth of the fires in each of the fire place.  The writing is impeccable and draws the reader in effortlessly.

I really enjoyed meeting each of the characters, even the ones I disliked the most.  Mrs. Danver’s, although mean and rude,  I could not help throughout the book to like her.  She was wearing her emotions on her sleeves and nothing less was expected.  Then there was Rebecca’s second cousin whom we meet halfway through the reading and I really did not like.  the writing of this character was so on point that I could even smell the alcohol and tobacco on his clothes when I was faced with him on a page.  Although, the reason for his behavior was as excusable as Mrs. Danver’s I could not bring myself to root for this character and wanted him to just go away.

Through out the narrative, although Rebecca was dead I learned to like her.  She was described as beautiful by everyone, she appeared to be extremely organized and neat and very much into making a house a home.  Towards the end we learn new things about Rebecca and still, did not make me hate her.  I’m not sure if that was the purpose.  The new Mrs. De Winter on the other hand…. made me crazy sometimes.  She was described as a shy and simple woman, which is fine.  However, at times I felt as if her shyness and simplicity was a bit over played.  I found myself almost yelling at her to “suck it up.”  It was apparent that Mrs. Danvers was not her fan, yet, and even though she was aware of that, she kept bowing down to Mrs. Danvers.  I wanted rip my hair out.  As the book progressed her demeanor became a bit more tolerable.  Especially after a certain even where it appears was the tipping point for her.

This was my first Du Maurier book and I’m sure it won’t be the last.  Although I hear that this was the best one.

I give this book 4.5 stars and not 5 only because of the main character’s faults.  As I said, the writing was amazing but I am not sure that Du Maurier accomplished what she set out to be with this character.  There were also other characters that were introduced and never fully developed  where perhaps they should have been either better developed or omitted all together.

I would recommend the book to anyone who enjoys a good mystery and even romance although I don’t think I would classify the book as a romance at all.