Blood of Wonderland (Queen of Hearts) 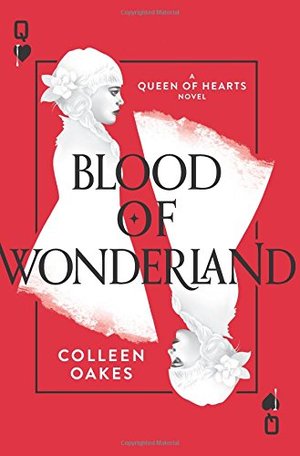 Colleen Oakes
Revolution is rising in Wonderland. Dinah’s battle has begun.Colleen Oakes’s twisted reimagining of the Queen of Hearts origin story continues in this thrilling sequel, Blood of Wonderland.Dinah has been exiled from Wonderland. The vicious father she always feared has framed her for the brutal murder of her brother and turned the kingdom against her. Now hiding in the lush and mysterious Twisted Wood with only her war steed at her side, Dinah is faced with a choice—to leave Wonderland forever, or stay and fight her father for the throne. When a chance encounter with one of her father’s long-lost enemies brings Dinah more allies than she ever could have imagined, war starts to feel inevitable. But before Dinah can lead her people into combat, she must confront certain truths about her heart and her destiny—no matter how dark those truths may be.Don’t miss War of the Cards, the epic conclusion to the Queen of Hearts trilogy.

@aeshley13
Reviewed: 2019-11-09
Oh poor D. I saw this coming but there was a brief moment when I thought wrong and that he was going to be better. This book was better than the first, better character wise and plot wise. She is growing into her character and it was nice to see the evolution over this story. Also CHESHIRE I called it YAASS. I’m sad about what is to come in the next book and I know it will be heartbreaking
Item Posts
@shixam3y 1mo
completed ... on 2018-12-14
@shixam3y 1mo
began ... on 2018-12-06
© 2022 libib.com / All rights reserved