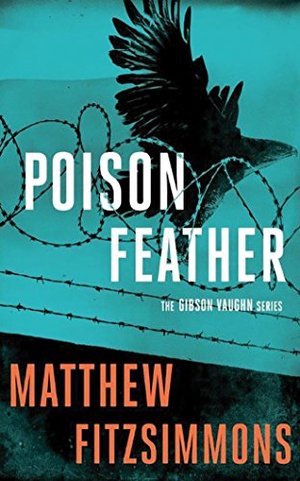 Matthew FitzSimmons
A Wall Street Journal bestseller.Gibson Vaughn, hero of the bestselling novel The Short Drop, returns in a smoldering thriller.When jailed billionaire Charles Merrick hints publicly that he has stashed a fortune in an offshore cache, a school of sharks converges upon his release from federal prison.Among his swindled victims is Judge Hammond Birk, the man who saved Gibson Vaughn’s life when he was a troubled teenager. Now Gibson intends to repay that debt by recovering Merrick’s victims’ money.But Gibson isn’t the only one on the trail of the hidden fortune.The promise of billions has drawn a horde of ruthless treasure hunters, including an edgy ex-con, a female bartender with a mysterious history, a Chinese spy with a passion for fly-fishing, and a veritable army of hardened mercenaries. To stay ahead of the sharks and win justice for his mentor, Gibson will need all his formidable skills. But at the end of the road, he’ll still have to face “Poisonfeather”—a geopolitical secret that just might get Gibson killed…or worse.