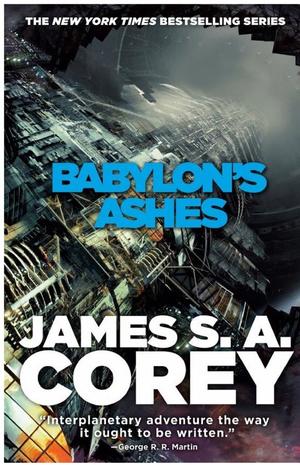 James S. A. Corey
The sixth novel in James S. A. Corey's New York Times bestselling Expanse series--now a major television series! A revolution brewing for generations has begun in fire. It will end in blood. The Free Navy - a violent group of Belters in black-market military ships - has crippled the Earth and begun a campaign of piracy and violence among the outer planets. The colony ships heading for the thousand new worlds on the far side of the alien ring gates are easy prey, and no single navy remains strong enough to protect them. James Holden and his crew know the strengths and weaknesses of this new force better than anyone. Outnumbered and outgunned, the embattled remnants of the old political powers call on the Rocinante for a desperate mission to reach Medina Station at the heart of the gate network. But the new alliances are as flawed as the old, and the struggle for power has only just begun. The Expanse Leviathan WakesCaliban's WarAbaddon's GateCibola BurnNemesis GamesBabylon's Ashes The Expanse Short Fiction The Butcher of Anderson StationGods of RiskThe ChurnThe Vital Abyss

While this installment in The Expanse didn't hit me quite as hard as Nemesis Games did, it was still engaging and enjoyable, and did the hard work of moving the story forward after some truly cataclysmic changes. I enjoyed the exploration of the relationship between Marco and Filip, and the much wider cast of viewpoint characters than we got in the first couple of books. I know Holden is the protagonist, and he's fine as he is, but I'm really happier when we spend more time in other people's heads, since they almost invariably have a more interesting viewpoint than Holden the Hero. All in all, I enjoyed this installment in The Expanse, and I look forward to the next book.