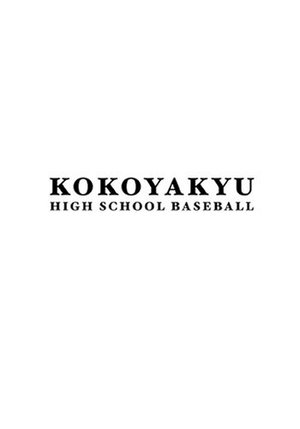 The Award-winning PBS documentary!* The only Western film ever to explore the Japanese Way of Baseball* Experience the baseball culture that produced MLB superstars Ichiro Suzuki, Daisuke Matsuzaka, and Hideki Matsui* NEW! DVD extras include interviews with Hideki Matsui of the New York Yankees, Author Robert Whiting, deleted scenes, and more* An exciting way for your class to learn about Japan! Taking Western viewers inside a never-before-seen world, Kokoyakyu (High School Baseball)" follows two schools of the 4,000 in Japan striving to make it to the National Championships at Koshien Stadium. Much more just than a game, this martial arts baseball has a deeper purpose: the forging of the spirit. Through the stories of two schools, the film brings audiences inside this closed world where an American game has become a Japanese discipline.A Tale of Two Schools: Chiben is a private, powerhouse baseball academy led by Japan's most legendary tough-as-nails coach, Takashima. Over 35 years, Takashima has led his teams to Koshien a record 21 times, and won 3 National titles. Through extensive interviews we reveal the mindset of the man many Japanese consider a "living Samurai". His training regimen focuses not on technique, but rather on developing fighting spirit. In blistering heat or driving rain, the team trains at least 8 hours a day, 360 days a year.The Chiben Cheer Squad is legendary throughout Japan, and their senior leader, Furukawa, explains why they too must train so hard. Whenever Chiben plays a game, they bring the cheer squad, the brass band, cheerleaders, and most of the student body (one thousand strong). Chiben enters the Wakayama tournament as defending champions and coasts through their first few games. But in the world of high school baseball, there are no "sure things".Tennoji is one of the top public schools in Osaka, and students must pass a rigorous exam to get in. Their baseball coach, Masa-sensei , explains how high school baseball will train his students' hearts for life outside baseball. All the same, everybody dreams of Koshien. With such an intense focus on academics, baseball is squeezed into the early morning or late afternoon. Nevertheless, they practice year-round, six days a week -- before and after school hours -- as well as during vacations, with financial support from their alumni."This product is manufactured on demand using DVD-R recordable media. Amazon.com's standard return policy will apply.