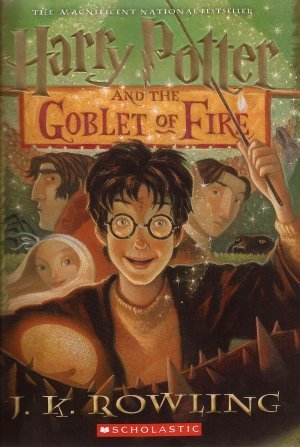 I've read a lot of lighter stuff this year-series and kids books. Now, like young Mr. Potter, it's time to start delving into the harder stuff, the darker stuff.  I can't wait for the new year, new books, and to finish my reread of Mr. Potter.
@yipkoyohtay
Reviewed: 2017-09-10

This is the book where things really start getting dark, I think. I mean, it starts out as kind of fun and light hearted, but with the death of Cedric at the end it just gets really depressing. And the series really never recovers from this downward spiral. That doesn't mean that the later boos are bad, just that a lot of the whimsy is gone and the darkness takes over.