Harlot by the Side of the Road: Forbidden Tales of the Bible, The 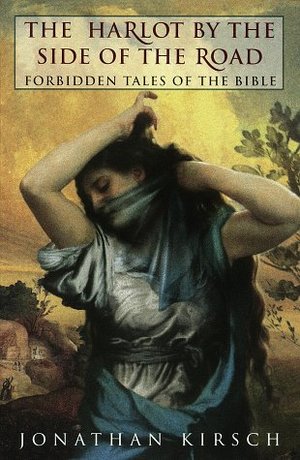 Jonathan Kirsch
Sex. Violence. Scandal. These are words we rarely associate with the sacred text of the Bible. Yet in this brilliant new book, Jonathan Kirsch shows that the Old Testament is filled with some of the most startling and explicit stories in all of Western literature. These tales of seduction and rape, voyeurism and exhibitionism, intermarriage and illegitimacy, assassination and murder have been suppressed by religious authorities throughout history precisely because they are so shocking. "You mean that's in the Bible?" is the common reaction of the contemporary reader to the stories that Kirsch retells and explores.In The Harlot by the Side of the Road, Kirsch recounts these suppressed and mistranslated tales in the grand storytelling tradition. Here is the tale of Dinah, the young Israelite daughter raped by a princely suitor. The price for her hand in marriage? The circumcision of every man in his kingdom. Here, too, is the story of Lot's daughters, who, when faced with the possibility that they are the last survivors on earth, must copulate with their drunken father to continue their race. And the story of Tamar, the harlot by the side of the road, who must disguise herself as a prostitute and seduce her father-in-law in order to bear the child who has been promised her. Kirsch places each story within the political and social context of its time, and delves into the latest biblical scholarship to explain why each story was originally censored. He also brings to light when and where each story was first written down, and how it found its way into the Bible. And he shows how these stories have something important to say to contemporary readers who might never pick up a Bible.Kirsch reveals that the Bible's real power lies in its unflinching lessons in human nature. And he illuminates the surprising modernity of the Bible's characters: these were, like us, people delicately balanced between their destructive and generous natures. Certain to excite controversy and ignite intellectual debate, The Harlot by the Side of the Road will undoubtedly be one of the year's most talked-about books.