Not Now, Not Ever 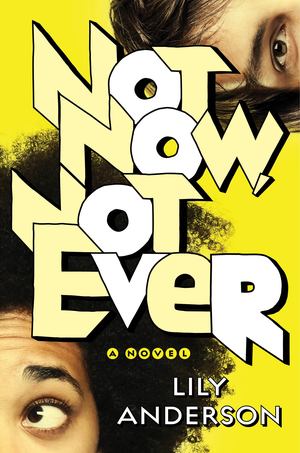 Lily Anderson
Jennifer E. Smith meetsThe Fangirl's Guide to the Galaxy in Lily Anderson'sNot Now, Not Ever, a deliciously nerdy companion toThe Only Thing Worse than Me Is You (one of Paste's Best YA Books of 2016) "A wonderful book." --School Library Journal Elliot Gabaroche is very clear on what she isn't going to do this summer. 1. She isn't going to stay home in Sacramento, where she'd have to sit through her stepmother's sixth community theater production ofThe Importance of Being Earnest. 2. She isn't going to mock trial camp at UCLA. 3. And she certainly isn't going to the Air Force summer program on her mom's base in Colorado Springs. As cool as it would be to live-action-role-playEnder's Game, Ellie's seen three generations of her family go through USAF boot camp up close, and she knows that it's much less Luke/Yoda/"feel the force," and much more one hundred push-ups on three days of no sleep. And that just isn't appealing, no matter how many Xenomorphs fromAlienshe'd be able to defeat afterwards. What sheisgoing to do is pack up her determination, her favorite Octavia Butler novels, and her Jordans, and run away to summer camp. Specifically, a cutthroat academic-decathlon-like competition for a full scholarship to Rayevich College--the only college with a Science Fiction Literature program, and her dream school. She's also going to start over as Ever Lawrence: a new name for her new beginning. She's even excited spend her summer with the other nerds and weirdos in the completion, like hersocially-awkward roommate with neon-yellow hair, and a boy who seriously writes on a typewriter and is way cuter than is comfortable or acceptable. The only problem with her excellent plan to secretly win the scholarship and a ticket to her future: her golden-child, super-genius cousin Isaiah has had the same idea, and has shown up at Rayevich smugly ready to steal her dreams and expose her fraud in the process. This summer's going to be great.