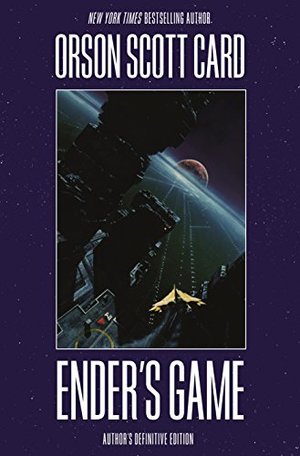 Orson Scott Card
Winner of the Hugo and Nebula AwardsFor the perfect holiday gift for the reader on your list, pick up Orson Scott Card's Ender's Game in this specially bound edition of the author's preferred text.Andrew "Ender" Wiggin thinks he is playing computer simulated war games at the Battle School; he is, in fact, engaged in something far more desperate. Ender is the most talented result of Earth's desperate quest to create the military genius that the planet needs in its all-out war with an alien enemy.Is Ender the general Earth needs? The only way to find out is to throw the child into ever harsher training, to chip away and find the diamond inside, or destroy him utterly. Ender Wiggin is six years old when it begins. He will grow up fast.But Ender is not the only result of the experiment. The war with the Formics has been raging for a hundred years, and the quest for the perfect general has been underway for almost as long. Ender's two older siblings, Peter and Valentine, are every bit as unusual as he is, but in very different ways.Between the three of them lie the abilities to remake a world. If, that is, the world survives.Ender's Game is the winner of the 1985 Nebula Award for Best Novel and the 1986 Hugo Award for Best Novel.