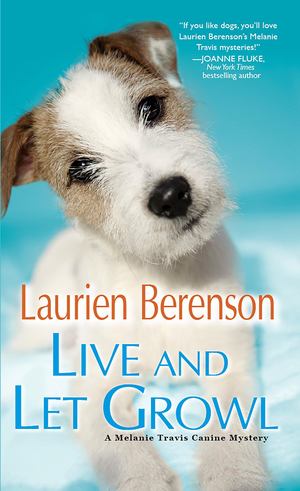 Laurien Berenson
"If you like dogs, you'll love Laurien Berenson's Melanie Travis mysteries!" --Joanne Fluke, New York Times bestselling author When her Aunt Peg lands a gig as judge at a Kentucky dog show, Melanie Travis welcomes the opportunity for a road trip. Once there, Aunt Peg reconnects with an old friend, Ellie Gates Wanamaker, a former Standard Poodle exhibitor and a member of a well-heeled Kentucky family. Miss Ellie has been out of the dog show world for more than a decade, but when Melanie invites her to spectate at the Louisville Kennel Club dog show, she's eager to accompany her. Miss Ellie's presence at the expo center, however, provokes mixed reactions from exhibitors she hasn't seen in years, including some outright animosity. The following day Melanie learns that Miss Ellie has suffered a fatal accident while exercising her dogs. Aunt Peg, however, suspects foul play. Wishing to avoid any scandal, Miss Ellie's pedigreed family prefers to let sleeping dogs lie, but as Melanie begins to sniff around, she discovers Miss Ellie had many secrets, both in the dog show world and amongst her Kentucky kin . . .