No Ordinary Hero: The Superdeafy Movie 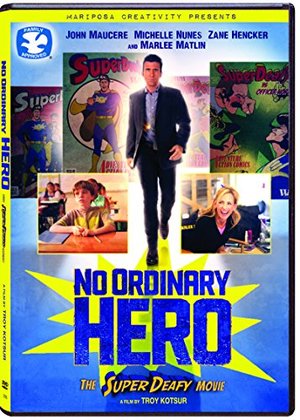 Troy Kotsur
SuperDeafy must reveal the man behind the cape to find true love and inspire a young deaf boy to believe in himself. The movie follows the evolution of this unique hero. A beloved character and role model, SuperDeafy has a worldwide following. He has been turned into t-shirts, posters and dolls... and now a movie. This film marks the first time in cinematic history that a SAG commercial feature film is being executive produced exclusively by deaf executive producers and directed by a deaf director. Featuring a stellar cast that includes Best Actress Academy Award-winner Marlee Matlin (CHILDREN OF A LESSER GOD), Shoshannah Stern (WEEDS), Ryan Lane (SWITCHED AT BIRTH). The film stars John Maucere, the acclaimed actor featured as the sign language performer at Super Bowl 2013 who has been performing the Superdeafy character in the deaf community for the past 15 years.