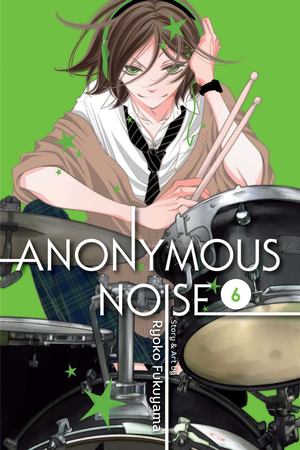 Ryoko Fukuyama
Music and longing collide in this ballad of unrequited love! Nino Arisugawa, a girl who loves to sing, experiences her first heart-wrenching goodbye when her beloved childhood friend, Momo, moves away. And after Nino befriends Yuzu, a music composer, she experiences another sad parting! Luckily, Nino reunites with Momo and Yuzu in high school, but things haven't played out the way anyone expected... In No Hurry's Rock Horizon performance ends in a whirl of frantic passion, but does Nino's voice reach Momo? And with the school festival coming up, the Pop Music Club prepares for its first performance in a long time...with things between Haruyoshi and Miou suddenly heating up! The romance manga about music and unrequited love that inspired an anime! * Releases 6 times a year for 13+ volumes. Series is ongoing. * Anime is streaming on Amazon's Anime Strike. * The combination of romance, music and angst will appeal to fans who like series like shojo manga best seller Nana by Ai Yazawa. * Two good-looking boys vie for Nino's love--girl readers will be torn over this love triangle! * "My goodness did I want to read the second volume instantly. I loved the hell out of Anonymous Noise. There is just something about the pacing and the character of Nino/Alice that makes this story work well." -Dustin Cabeal, Comic Bastards * "Anonymous Noise's first volume is the kind of enjoyable angst that reminds you why shoujo romance is such a successful genre. When done right, it allows you to feel the emotions of these characters and really root for their success. Fukuyama handles the story with surprising emotional resonance. Far from being a perky heroine, Nino is a combination of fragile and gutsy." -Rebecca Silverman, Anime News Network