Alderamin on the Sky: The Complete Series (Blu-ray/DVD Combo) 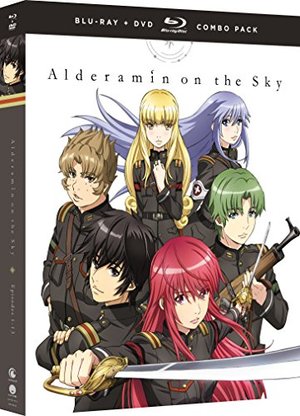 Brandon Potter
The lazy, womanizing Ikta Solork is about as far from a soldier as you can get. But with the Katjvarna Empire now at war, he’s off to join the army in search of a cushy job. As luck would have it, his natural wit and a sudden encounter with a princess burdens him with a responsibility he never asked for—a commanding position in the war! Between double-crossers, incompetent superiors, and the religious laws that control their spirit companions, victory won’t be easy. Fortunately, he’s got the strongest double-bladed fighter, Yatori, at his back, and three good friends who are as talented as they are loyal. With their skills and his infallible strategy, Ikta can do what only he does best—save the day in the laziest possible way.