Our Time Has Come 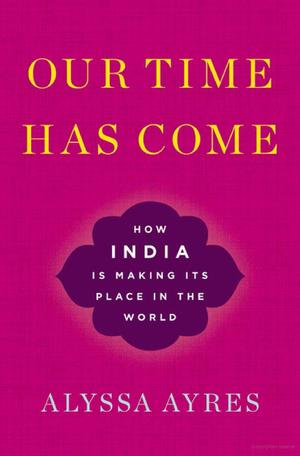 Alyssa Ayres
Over the last 25 years, India's explosive economic growth has vaulted it into the ranks of the world's emerging major powers. Long plagued by endemic poverty, until the 1990s the Indian economy was also hamstrung by a burdensome regulatory regime that limited its ability to compete on a global scale. Since then, however, the Indian government has gradually opened up the economy and the results have been stunning. India's middle class has grown by leaps and bounds, and the country's sheer scale-its huge population and $2 trillion economy-means its actions will have a major global impact. From world trade to climate change to democratization, India now matters. While it is clearly on the path to becoming a great power, India has not abandoned all of its past policies: its economy remains relatively protectionist, and it still struggles with the legacy of its longstanding foreign policy doctrine of non-alignment. India's vibrant democracy encompasses a vast array of parties who champion dizzyingly disparate policies. And India isn't easily swayed by foreign influence; the country carefully guards its autonomy, in part because of its colonial past. For all of these reasons, India tends to move cautiously and deliberately in the international sphere. In Our Time Has Come Alyssa Ayres looks at how the tension between India's inward-focused past and its ongoing integration into the global economy will shape its trajectory. Today, Indian leaders increasingly want to see their country feature in the ranks of the world's great powers-in fact, as a "leading power," to use the words of Prime Minister Narendra Modi. Ayres considers the role India is likely to play as its prominence grows, taking stock of the implications and opportunities for the US and other nations as the world's largest democracy defines its place in the world. As she shows, India breaks the mold of the typical "ally," and its vastness, history, and diversity render it incomparable to any other major democratic power. By focusing on how India's unique perspective shapes its approach to global affairs, Our Time Has Come will help the world make sense of India's rise.

I bumped this book up in my TBR pile after reading Behind the Beautiful Forevers. It's an interesting book going into how India views itself and using history to help define itself today. Ayres also writes about how India is opening up to new business, how the government works and how the government is trying to define itself globally. If you don't know much about India outside of Bollywood films and the little we hear in the news this is an excellent starting point in your reading.